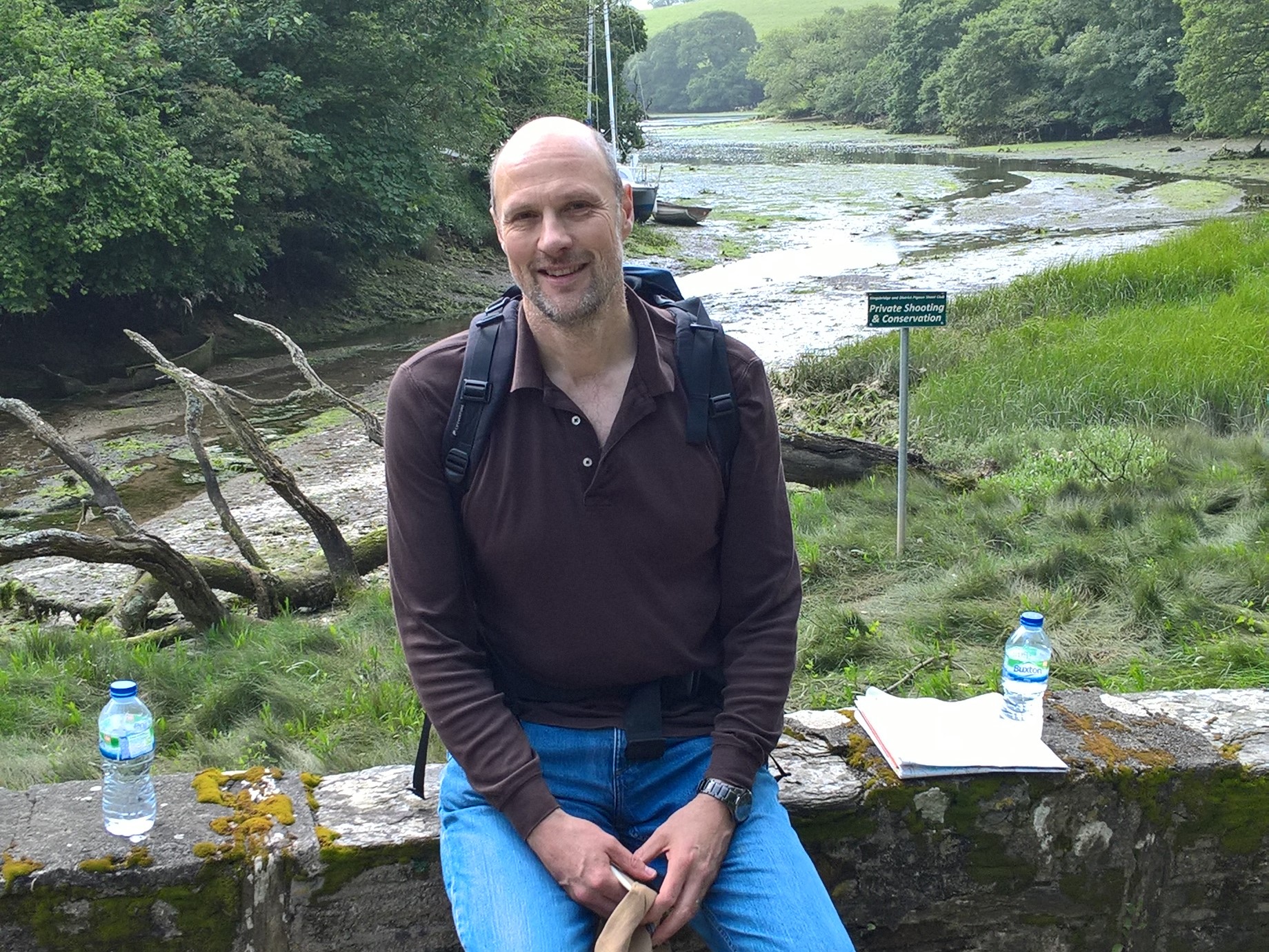 I’m a father, a son, a husband an Architect, an author, a collection of memories, and a bag of bones and mushy bits. But, I guess you want more.

I was born in the Wishing Well, baptised in the church over the road, taught in the school next door, by the headmistress next door, with my friends next door. Our big white happy house on the hill (The Wishing Well) was home to mum, dad, two brothers, one sister and me. My dad was a mad inventor (part time) and my mum incredibly tolerant (full time). In the garden we raced round a circuit on crazy contraptions cooked up by dad, whizzed down a zip wire, slid down a slide built over a vintage car, and played in another. We had a tree house built for six, a sledge built for six, and a tandem with a trailer that could almost accommodate six. We caught the bus at the stop over the road, played in the telephone box over the road, and waved to everyone we met. Our house was not just the centre of a tiny Warwickshire village, it was the centre of the universe. Unfortunately, living in a children’s story book, had to come to an end. One day we packed up the car, and in the dead of night, escaped to the frozen north, or Sheffield as it is better known.

Our new house on the hill was painted green, located opposite a pub, and next to a common. It did have an orchard, and an intriguing elderly lady living in the flat at the back (my gran), but the lack of vintage cars, zip wire, and crazy contraptions, assured me, I was now living in the real world (although others would disagree). In Rugby I attended a secondary school working towards CSEs, a second-level qualification. In Sheffield my dad was determined I should do O’levels. He was intimidating, the headmaster was intimidated, and so it came to pass. I then also came to pass and progressed to A’ levels, and then to University, where I met and married the love of my life.

Life since then has been the everyday adventures of buying houses, bringing up children, and earning money. Somewhere along the way I picked up a pen and decided to have a go at writing. I tried my hand at an illustrated children’s story, a play, a fantasy novel and several poems before I wrote ‘The Boy and the Briefcase… and the Moose.’ When I wrote it, I had no idea if it would be a comedy, tragedy, thriller or romance. It slowly evolved into a combination of all four. Most importantly, it was good fun to write, and I think, good fun to read. I hope you like it.